Pro-Israeli propagandists on the front lines of Israel’s flagging public relations war label the Palestinian resistance as a terrorist movement that threatens Israeli civilians. But the labels “terrorist” and “war criminal” are more aptly applied to Israel.

Prior to Israel launching Operation Protective Edge, not a single Israeli citizen had been killed by rocket or mortar fire out of Gaza since November 2012, when Israel had launched an earlier assault on the territory. Only a small fraction (one-twentieth) of Israelis killed by the Palestinian resistance in the current Gaza conflict have been civilians. By contrast, Israel has killed three Palestinian civilians for every militant it has killed. 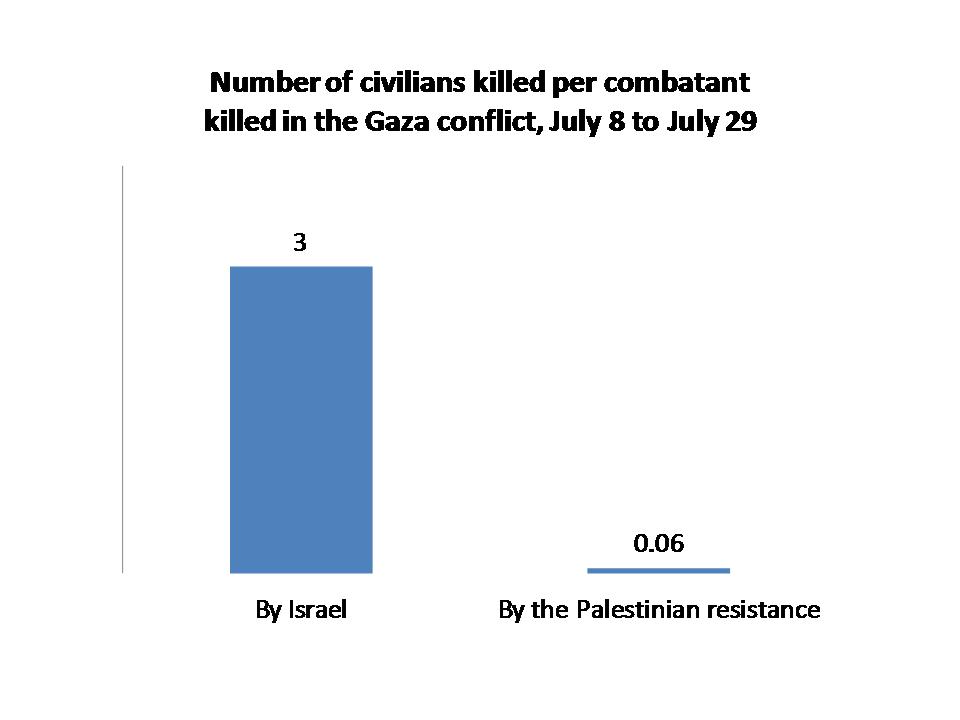 Over 99 percent of civilian deaths in the conflict have come at the hands of Israeli forces. 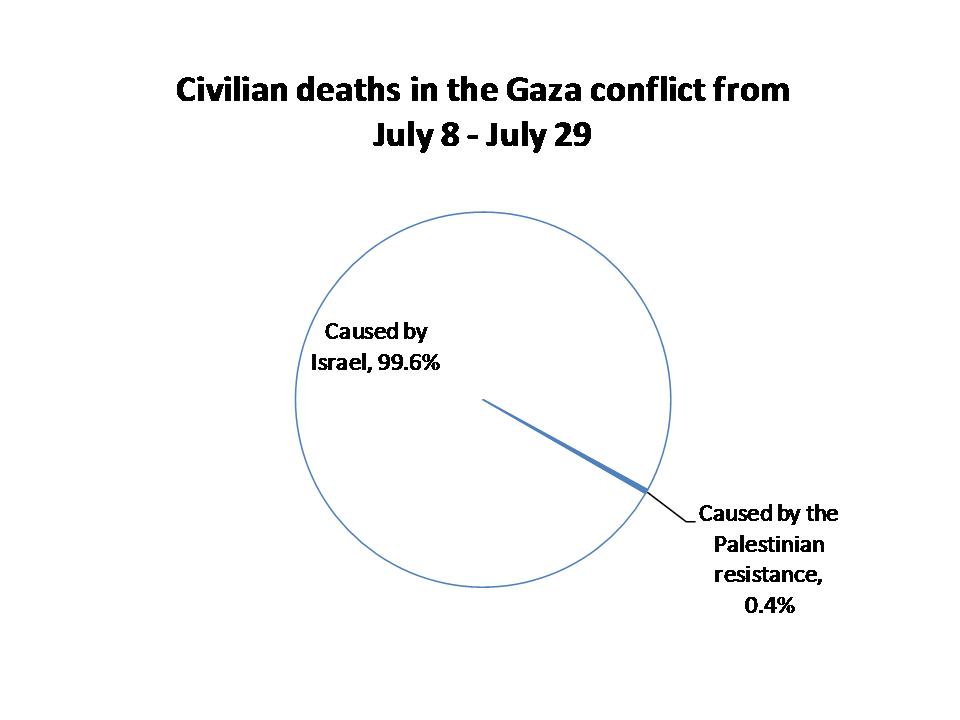 Yesterday, Israel bombed Gaza’s lone power plant. Gazans rely on the plant to power machinery to desalinate their drinking water. Israeli forces also bombed government offices, a radio and TV broadcast building, and the prime minister’s residence. Deliberately destroying civilian infrastructure is a war crime. Israel’s aim in disrupting Gaza’s power supply and disturbing its supplies of drinking water is to exacerbate the already intolerable conditions in the Gaza Strip to turn the population against Hamas. This is terrorism—violence used against a civilian population to achieve political goals.

The use of violence by the Palestinian resistance against Israel is legitimate. Over 700,000 Palestinians fled or were driven from their homes by Jewish settlers in a massive ethnic cleansing operation over six decades ago. None were permitted to return. Today, the exile and diaspora community stands at five million. Palestinians who remained in the 80 percent of their country seized by Zionist settlers are second class citizens—non-Jews in a Jewish state. The remaining 20 percent of historic Palestine remains under the heel of a brutal Israeli military occupation.

Charts based on “Israel destroys home of top political leader for Hamas,” The New York Times, July 29, 2014 and “Dozens die as fighting intensifies in Gaza”, CNN, July 29, 2014 cited by Glen Greenwald, “Terrorism in the Israeli attack on Gaza”, The Intercept, July 29, 2014.

One thought on “Israel’s illegitimate, terrorist and criminal violence against Palestinians”